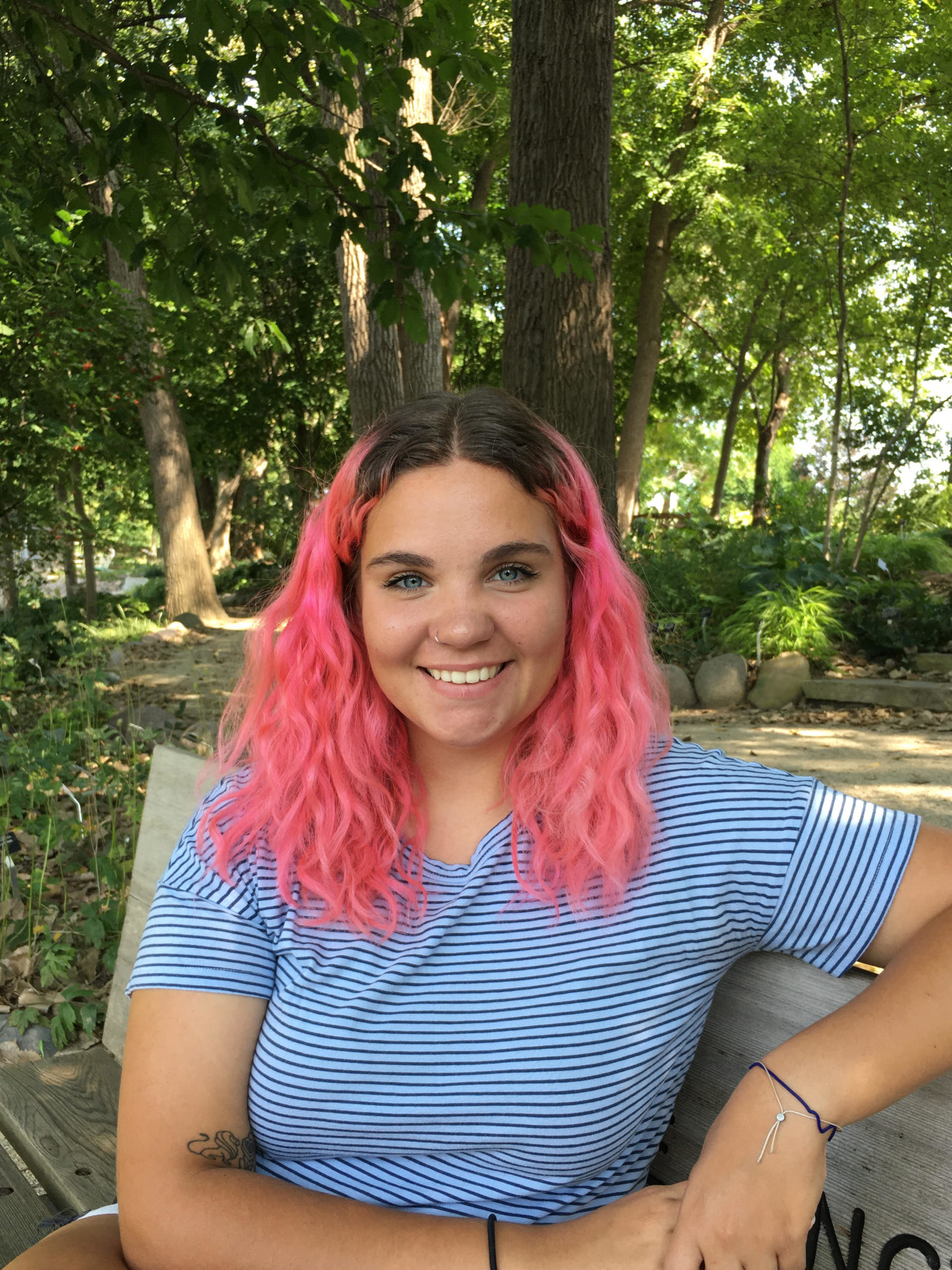 Abigail Bruederle (BREW-der-lee) is an Environmental Science major attending the University of Wisconsin Whitewater. She is also earning a certificate in GIS.

Abbie is another well-deserved winner of the Damon Anderson Memorial Scholarship. Beyond her extremely strong grades, she was lauded by faculty for work in Whitewater’s Research Apprenticeship Program where she displayed the ability to work independently on research tasks that took a high level of critical thinking. It was also noted that her greatest skill of all is perhaps her excellent ability as a writer of research papers, field and lab reports.

GIS was a bit of an acquired taste, admits Abbie, “I started taking GIS courses at UWW when I changed my emphasis from natural resource management to geosciences. At first, I really didn’t enjoy it, but I had one professor that really helped me out and motivated me to keep going. Her encouragement and passion for the subject inspired me.” It is clear that her professor’s passion rubbed off as she is now working towards a certificate in GIS.

As noted, Abbie’s undergraduate research acumen really shined at UW-Whitewater. The focus of that research was centered on marine invertebrate fossils from the Cretaceous Period in Central Texas, and it led to research presentations at many different symposiums and events.

Abbie is active beyond her core studies on campus. She is a member of the Warhawk Marching Band where she plays the flute. In her free time Abbie loves to beachcomb and she looks for fossils and beach glass along Lake Michigan. She also learned to crochet a few years ago, when the pandemic began, and it has been one of her favorite hobbies lately. Interestingly enough Abbie grew up in Ozaukee County, where our scholarship’s namesake, Damon Anderson, worked. She enjoys the Interurban Trail he helped establish, as well as historic downtown Port Washington and its landmarks, which were a passion of Damon’s, as he was President/Treasurer of the Port Washington Historical Society.

I asked Abbie, who is hoping to get a position in the GIS field after graduation, how things are going, and she stated, “Last semester went really well for me. I will graduate in May, and I started an internship at the State Cartographer’s Office in September of 2021 which has been a great experience. I plan on attending the WLIA Conference in February and I’m very excited to go- it will be my first WLIA event!”