We welcome Dr. Ray Reser, to our Spring Regional Meeting to bring a knowledgeable look on indigenous culture and geography in the Central Wisconsin area.  He will open our meeting on Wednesday with a message about Stevens Point from a unique perspective as he discusses Indigenous Peoples in Wisconsin, Archaeology, and how GIS can have an impact. 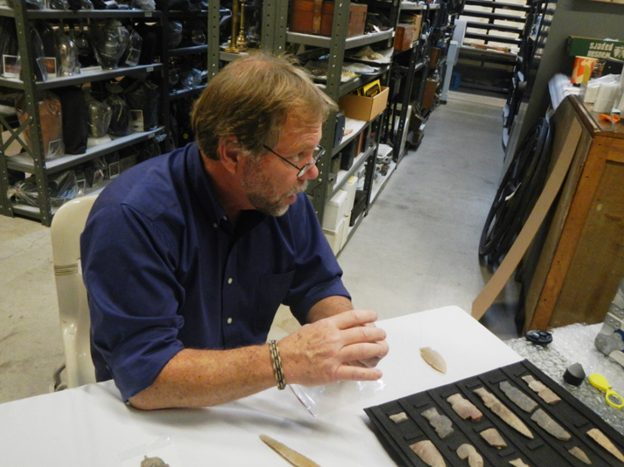 As Curator of Anthropology at the University of Wisconsin-Stevens Point Museum of Natural History, his focus is educating and research, including the documentation of Late Paleo-Indian sites in north-central Wisconsin, and lithic sourcing from quarries in Wisconsin, Thunder Bay, and Knife Lake, Ontario. Additional projects include collaboration with the Menominee Language and Culture Commission on the creation of the first interactive map of traditional Menominee territories, landforms, surface waters, and place names within Wisconsin produced in the Menominee Language.

Ray P. Reser completed his Ph.D. in Archaeology and Paleo-Anthropology from Australian National University. He was a Ph.D. Scholar with the Research School of Pacific and Asian Studies, ANU, North Australian Research Unit, as well as a Researcher with the Australian Institute of Aboriginal and Torres Strait Islander Studies from 2003-2007. Since 1985 Ray has been conducting archaeological survey and fieldwork projects in Central Wisconsin and the Victoria River District of the Northern Territory, Australia. In addition, he has participated in field work in New Mexico, Utah, and Ontario, Canada.  If you'd like a preview of his work, he was interviewed by the PBS special "Wisconsin Hometown Series: Stevens Point" released in 2021 which can be seen here!

Register for the Spring Meeting in our Events Area to hear Dr Reser and WLIA members share their stories and knowledge.  We hope to see you there!