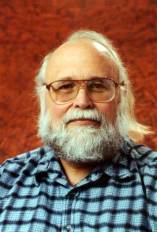 The Wisconsin Land Information Association held its 35th Annual Conference February 23rd – 25th, 2022. As part of the conference, WLIA recognized individuals and organizations for their significant achievements or service to the land information community.

This year our Friend of Land Records Award was bestowed upon Dr. Alan P. Vonderohe, Professor Emeritus, UW – Madison. Through a lengthy and distinguished career, he has impacted people directly and indirectly. He taught numerous courses on subjects such as GIS, Photogrammetry, Surveying, and Geodesy. Al was always interested in the technical aspects of his work.

Al has been referred to as the technical mastermind behind the redesign of the Wisconsin County Coordinate System (WCCS) to eliminate the necessity of raising ellipsoids for 59 individual coordinate systems to reach the surface. The redesigned system, the Wisconsin Coordinate Reference System (WISCRS), used a single ellipsoid, eliminating the complexity of WCCS. This effort, which began in 2004, was necessary to correct errors that came about in conversions built into existing software systems.

Alan could have rested on his laurels when he retired in 2006, but that has not been the case. he has continued to work tirelessly in his retirement to develop proposals for the National Geodetic Survey (NGS) deadline as a co-lead of the Technical Focus Group as part of the WSRS 2022 efforts. Al has donated untold hours modeling criteria for the Wisconsin Ground Grid System (WIGGs) Low Distortion Projections (LDPs). This involved software production capable of analyzing the data which supports the production of heat maps and graphs highlighting distortion. These efforts will form the backbone of the WIGGs system which future adjustments will be based upon. His work is extremely technical and few can understand the detail and minutiae involved in making these determinations.

Being a teacher at heart, Alan has always been willing to take the time to explain these concepts to help others fully understand them. A perfect example of his willingness to help more people understand these concepts are his writings. He was published in the original issue of the Journal of the Urban and Regional Information Systems Association (URISA) in the fall of 1989 and his research has been published in numerous other journals as well.  Recently he has written the following papers to share his knowledge, Transverse Mercator and Lambert Conformal Conic Map Projection Functions (2020) and The New 2022 Datums: A Brief Book (2019), as well as co-authored a paper on minimizing linear distortion in LDP design that was published by the American Society of Civil Engineers (ASCE) in Vol 148, Issue 1, of Journal of Surveying Engineering, February 2022.

It is clear to see that Dr. Alan P. Vonderohe has been teaching peers and doing research for the benefit of the land information community in Wisconsin and beyond throughout his career.  Despite not being a member of the WLIA, our organization and its members benefit greatly from his knowledge and will continue to reap the gains from his efforts in the years to come.

Listen to Alan's acceptance speech below

The Friend of Land Records award is given to an individual or organization that is not a WLIA member but has contributed to the success or advancement of land records modernization in Wisconsin.